HÄSTENS THROUGH THE CENTURIES

Six generations of master craftsmen have lead Hästens to where it is now-a family company still driven by the virtues of sleep and humble pride over its craft. Each generation has played its part in shaping Hästens, overcoming challenges on the way. Here's a condensed history of Hästens, call it bedtime reading if you will.

PEHR ADOLF JANSON
Christmas 1839 was dismal for nine-year old Pehr Adolf and his six siblings in the family’s little house outside of Örebro. Their father Johan Janson, had just told the children that their mother had passed away, exhausted by the harsh conditions of the time. During the 1800s, poverty reigns in Sweden and a third of the population emigrates to the United States in hopes of a better life. The father of Pehr Adolf stays in Sweden and, as the children grow up, he recites the significance of possessing expertise both as a skilled craftsman and merchant:

“I WANT YOU TO BE BETTER THAN ME. TO LEARN AND MASTER A PROFESSION OF YOUR CHOOSING THAT WILL LET YOU GIVE PEOPLE SOMETHING THEY NEED. AND BY DOING SO, ALWAYS BE ABLE TO LOOK AFTER THE ONES YOU LOVE.”

Pehr Adolf becomes a young man with great ambitions, determined to become a master saddler. The decision will not only change his own life, but that of his children and future generations. At the age of 18 Pehr Adolf becomes a saddle maker’s apprentice, crafting exceptional saddles and harnessing in Swedish leather.

Four years later, on March 22, 1852, he is awarded his certificate as a Master Saddler by the King of Sweden. Alongside saddles and harnesses, the saddler's tasks include making the finest horse-tail hair mattresses and leather goods. The most skilled craftsmen knew how to make these with utmost precision, but also with great speed—in a passionate spirit of excellence.

With great pride, Pehr Adolf is fulfilling his dreams and those of his father. He soon marries the love of his life Elisabeth Charlotta Carolina Almblad. Eventually the couple moves to the small community Hed outside the town of Köping (pronounced "Sherping") with their three children, Adolf Fredrik, Ida Elisabeth and Per Thure. Both sons follow in their father’s footsteps and become saddlers. Adolf Fredrik later leaves saddlery and becomes a politician; one well ahead of his time, campaigning actively and passionately for gender equality. 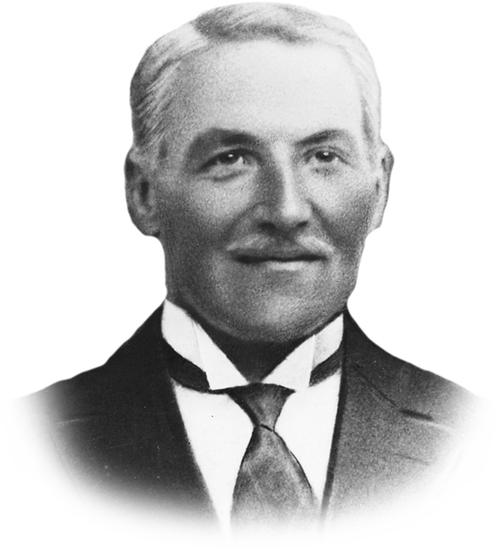 Per Thure ensures that the family's master traditions continue to live on into the late 1800's and, in 1885, takes over the saddlery business. By then the family had come a long way by following the sound advice to have each generation become better than the one preceding it and therefore provide for those it cherishes.

Raised the same way as his father, he too is quick to adapt to changing times, choosing wisely to focus on horsehair mattresses, seats and cushions when the First World War brings Sweden's first automobiles.

Per Thure and his son David Janson take the master saddler tradition further by growing the manufacturing of saddles and harnesses while expanding the family business into making more and more beds. With the emergence of the automobile, Janson predicts the changes to come within transportation and in 1917 decides to concentrate wholeheartedly on the beds. On midsummer’s eve, the first Hästens logo is drawn by Janson’s artistic cousin Paul Janson.

A horse is incorporated into the company name as a tribute to the master saddler heritage and has since become a defining symbol of Hästens identity. The same year a shortage of superior materials suddenly occurs. Genuine horse-tail hair, which had always been the main padding material in a bed, is difficult to find in the quality and quantities needed to meet the demand for superior handmade beds. In order to obtain the quality required, the horsehair needs to be carefully selected, washed, boiled, spun, scorched and thoroughly cleaned to bring out the right filling properties. Janson and his father solve the challenges by starting their own mill for horsehair processing; thus ensuring Hästens’ quality remained high.

David Janson recalls: “My father was an old-fashioned craftsman—the words quality and craftsmanship were almost sacred. This attitude was imprinted in the minds of not only myself but also those who worked for the company. We will make the kind of product that earns your respect. That is the guideline we have always adhered to. “At the time, conditions for a master saddler were far from perfect and the future promised no improvement. Quite the contrary, in fact. But we wondered how to expand the narrow framework within which we worked, whether to change from small-scale craftsmanship to a modest small industry. Back then, it was my father, some craftsmen and I. “To progress, we had to break through the restricting limits posed by pure craftsmanship, and turn to more industrial methods. This led us to think about complementing our operations with a horsehair spinning mill. “Maybe we had what some describe as ‘that little spark’ within us, as we started our horsehair spinning mill. The year for our expansion was 1917, and I was 25 years old at the time. Naturally, it was a frantic time to begin a venture such as this, with the World War, the lack of raw materials and the immense difficulty obtaining suitable machinery. The circumstances didn’t get any better when my father became ill not long afterwards. The situation looked miserable, but people from Västmanland, our region of Sweden, are known for being tough and stubborn. It was probably sheer pride that kept us from giving up!”

Three years after deciding to concentrate exclusively on beds, and having started its own horsehair spinning mill, Hästens bought 20 tons of horsehair to meet production demands. The master saddlers were obsessed with quality in the pursuit of creating the best possible products, the Spirit of Excellence driving them to see beyond existing conditions and set their own standards. They travelled the world to source the finest materials, including to Egypt where the highest-quality horsehair is found. From that moment onwards, horsetail hair from resplendent Arabian horses was transported to Köping and washed and rinsed in the fresh, clean river that runs by the factory.

Soon the hamlet of Hed became too small for the expanding family business and in 1924 Janson considered moving the company to Stockholm. There were more customers in the capital and Hästens sales were already brisk at the Nordiska Kompaniet department store in the city centre. A factory site was sought in Sundbyberg, close to Stockholm, but a blossoming romance soon changed the plans and took Hästens to the town of Köping instead. It was a Köping native, Astrid, who had captured David Janson’s heart and the following year the couple’s first child, Solveig was born. The town has served as Hästens’ headquarters ever since.

In 1926, the company started making duvets and pillows using the finest down and feathers available to complement its bed-making business.

In the 1930s the family detected a significant change in the sleeping culture. Where many people had previously made up a sofa for the night to serve as their bed, many were increasingly furnishing separate bedrooms and investing in proper beds. On January 13, 1935, the Hästens logo was registered as a trademark in Sweden. The trademark remains in force to this day.

Having outgrown its premises in the mid-1940s, Hästens began planning for further expansion. Not only did Janson want to expand, he wanted to create a new dream factory. Towards the end of the decade he came into contact with Ralph Erskine; at that time a little-known architect. Erskine’s style appealed to Janson, who commissioned him to design the new factory. The outcome was a building that looked nothing like conventional factory buildings. Initially referred to as ‘The Tivoli’, the unique design, with elegant lines and airy arched forms, gained iconic status among architects in Sweden.

As a promise of quality and durability, Janson introduced a 25-year warranty on all beds. The intention was to produce beds that were equally (or more) comfortable after 25 years as on their first night.

When Hästens celebrated its centenary as bed manufacturer in 1952, King Gustav VI Adolf appointed it as Royal Purveyor, visiting the factory in Köping the following year in a formal acknowledgement of the company’s high-quality products. The same year, the Swedish America Line purchased Hästens beds for its M/S Gripsholm cruise liner. The reputation of Hästens superior quality began to spread.

David Janson’s daughter, Solveig, served as a financial manager for many years during the mid-1900s and in 1963 assumed operational responsibility alongside her husband, Jack Ryde, and with the support of her younger sisters Ethel and Yvonne. The business steadily expanded in several directions to embrace furniture, seat and back cushion manufacture.

Jack Ryde, an arts and design enthusiast, was keen to devise a distinct high-quality pattern to represent the brand. In 1978, he designed the Hästens Blue Check, introducing it at a furniture trade show in Sweden. The eye-catching design immediately ran into criticism from the Swedish press. The fresh blue-and-white-checkered pattern standing at odds with the 1970s fashion of brown, greens and orange; totally different from anything ever seen on a bed before. History, however, has judged the choice a wise one. Jack Ryde challenged, and consequently altered, the status quo and the traditional look and function of beds. 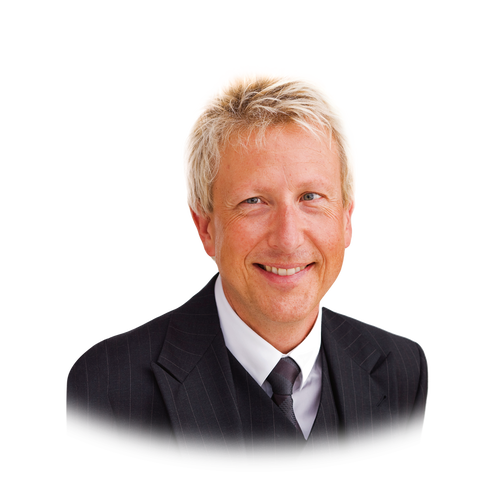 In 1988, ten years after the introduction of the Blue Check, Jan Ryde takes over the company reins. Just like his grandfather, Jan Ryde’s Hastens’ journey is one shaped in part by a love story, when he meets the most beautiful girl he has ever seen: Anne-Lie from Köping. Having set his mind on a career at the Technical University in Linköping, where he taught students in industrial economics and was a candidate for doctorate, he decided to leave the university life behind and move back home to manage operations of Hästens and start a family.


Today, one of their four young sons has already entered the family business. Under Ryde’s leadership, the company sharpened its focus on the core business and global demand for the all-natural, checkered beds increased dramatically.

Demand for Hästens beds continued to increase and in 1998 it is decided to extend the factory as Hästens continues to expand. And, 50 years after having designed the first dream factory at the beginning of his career, the now well-renowned architect Ralph Erskine returned to design the further extensions of the factory building.

Jan proudly carries the master traditions into the 21st century and today, the small family-owned company has expanded its markets to comprise 37 countries in Europe, Asia and America. The beds are still handcrafted with the same natural materials and the same spirit of excellence as when Pehr Adolf made his first beds over 160 years ago.
Use left/right arrows to navigate the slideshow or swipe left/right if using a mobile device